Antivirus Bug Can Be Used to Attack You 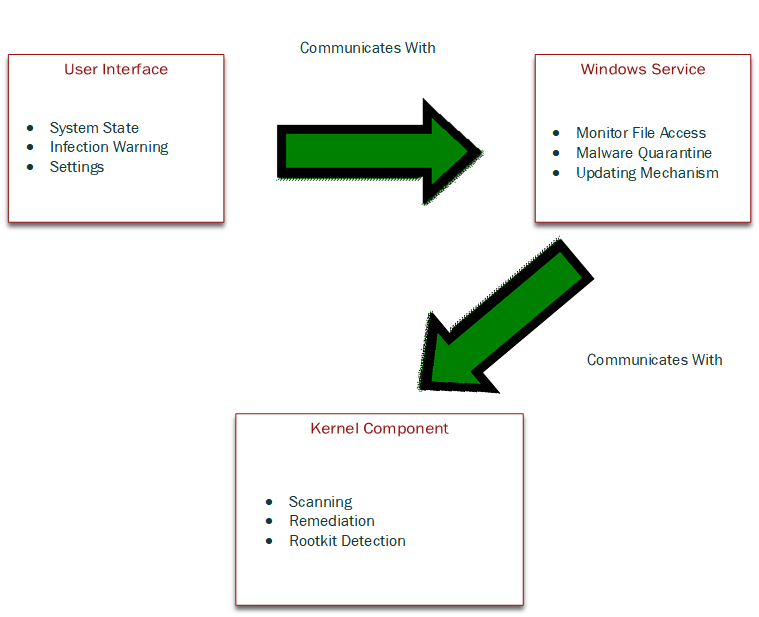 The idea behind this exploit is that an unprivileged user can manipulate the communication channels between the antivirus components, specifically the restore function. You will need some background on Windows terminology before we go further. 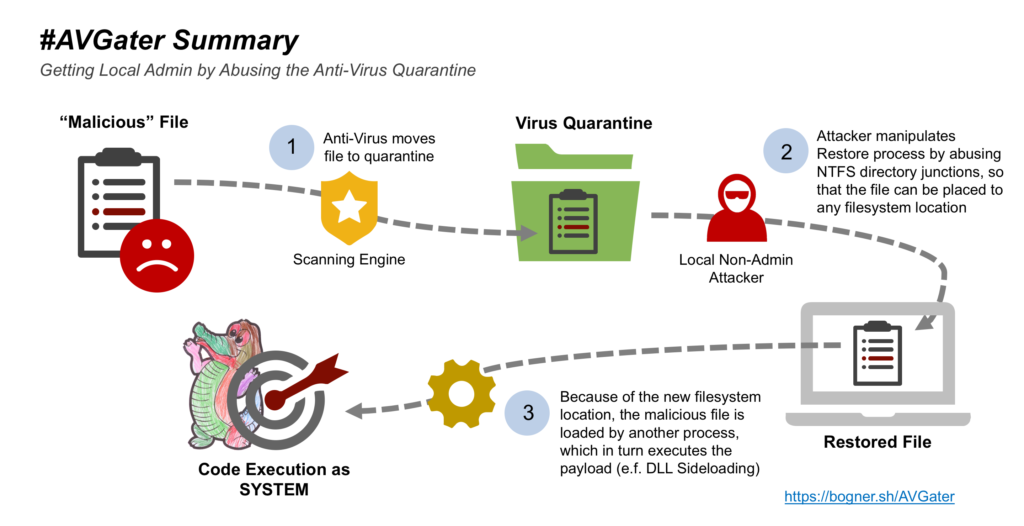 Since the attacker must be local or convince the user to restore the file to manipulate the malware restoration the difficulty of this attack is higher than most attacks and has moderate complexity so the chances an attacker will successfully exploit this bug are low.