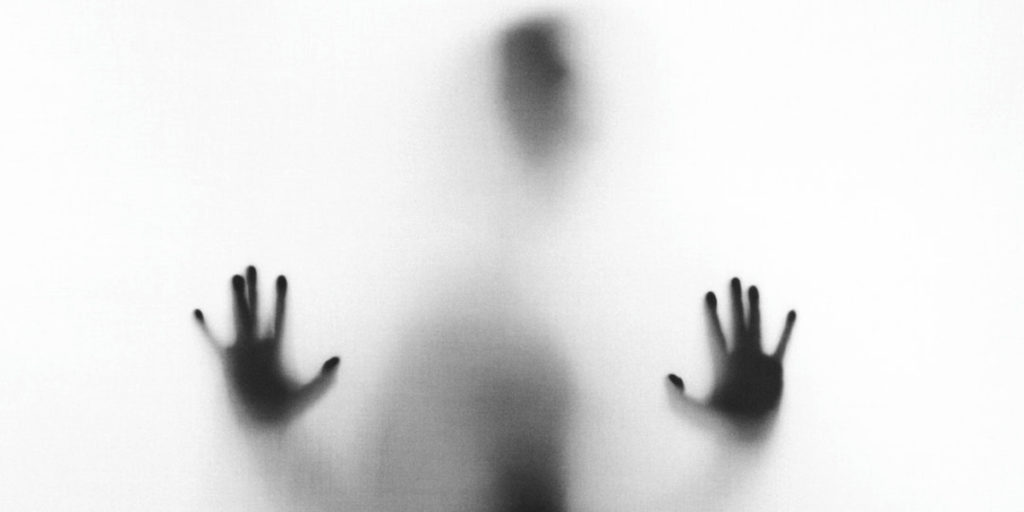 A relationship between Alex Pelzer, a musician, and a young girl began on YouTube through the music he created and the innocent comments she would leave.  On the surface, this case appears to be a musician that lures underage girls into a sexual relationship through the Internet, but there is a lot more than meets the eye. This story details how a rape case was buried, and the possible ties to a pedophile ring in Washington D.C. The real name of MommaBear and the name of her daughter and the details about their life are not used so that their identities will remain protected.

Who is Alex Pelzer?

Alex is best known as a musician who has a YouTube channel with 28,387 subscribers and 101 videos. Evidently, Alex, who lives in Washington D.C., has worked with lobbyists for the organization Historic Vehicle Association (HVA). Alex presents himself as a lobbyist in a lot of his pictures, but there isn’t a record of him of ever being a lobbyist in the Lobby Disclosure database.

At one point Alex did crowdfunding for an application that he wanted to create called Ambit. However, the application never came to fruition, and the money that was raised wasn’t returned. The application was Alex’s idea, and he contracted software developers to make it but never paid the developers. Ambit was a geolocation application that’s intended use might have been to track his victims.

Based on court records and interviews with professional colleagues, it appears Alex has another side to him. It’s the kind of persona that Alex goes to great lengths to conceal, and has had success. A direct message conversation between MommaBear and Mr. Smith reveals an almost sinister side to Alex.

In summary, Mr. Smith explains that he has worked for the government directly, but is currently a technology consultant to a Fortune 500 company. Mr. Smith met Alex through overlapping circles in Washington D.C. and the money he raised for the non-existent Ambit application. Alex is painted as a con artist, pervert, and rapist by Mr. Smith then he goes on to advise MommaBear that she needs a female lawyer from Washington D.C. Mr. Smith makes abundantly clear is that he would like to see Alex never hold a job again or go to jail for the rest of his life.

MommaBear was interviewed on October 29th, 2015 by Detective John McDarby where she made the following statement under oath.

“Her daughter [redacted] was supposed to be visiting a friend in Tampa for her 18th birthday. On that date, [redacted] checked to see where her daughter was via an application on her phone. She learned her daughter was in the Washington D.C. area. She began checking the laptop and cellular phones that her daughter uses and learned that [redacted] had been communicating with a twenty-six (26) year old male named Alex Pelzer. The relationship began in the Summer of 2013 when [redacted] was fifteen (15 years old). [redacted] also learned her daughter had flown to Washington D.C. to meet with Alex, the first time in June 2015 when she was seventeen (17) years old. She did find multiple explicit images, videos, and documents detailing the relationship. [redatced] has spoken to Alex via a controlled telephone call completed by the Tampa Police Department.”

MommaBear’s daughter was interviewed on October 30th, 2015 by Detective John McDarby where she made the following statement under oath.

“[redacted] initially found Alex Pelzer on Youtube. In the summer of 2013, she began to follow Alex on Twitter. She would “tweet” things to Alex, and in December of 2013, Alex began to follow [redacted] so they could exchange messages. They soon exchanged telephone numbers and began to text and talk.”

“Starting in 2014, Alex would ask and/or demand [redacted] to send him sexual pictures. [redacted] advised that she has sent Alex hundreds of images and videos through text and email. The text messages were sent to (202)997-7715 and (202)997-6862. The emails were sent to alexpelzer@gmail.com and alex@ambitapp.com.”

“[redacted] advised that Alex was aware of her true age, but had lied to her about his age, stating that he was younger than he is. [redacted] was originally going to meet Alex in the summer of 2014, but did not end up meeting him. Upon her graduation from high school, [redacted] did fly to Washington D.C. and met with Alex on June 13th, 2015. They stayed at the Washingtonian Hotel, which she thinks is in Maryland. [redacted] has sexual intercourse with Alex 3 or 4 times during the visit. Alex provided [redacted] with a Visa gift card for the flight. She returned to Tampa on June 14th, 2015.”

“[redacted] had sex with Alex more than ten times prior to her 18th birthday in Miami, Florida and the Washington D.C. area. [redacted] did state that Alex was into domination and would slap and choke her during sex. They had a shared Google drive where Alex would give her “assignments” on things she needed to do as his “slave.” The assignments entailed everything from sexual acts, to reading and exercises she needed to perform.”

“Her last visit to see Alex was for her 18th birthday when her mother found out about the relationship.”

The following text is the explanation of count one, “traveling to meet a minor after using computer services or devices to solicit certain illegal acts:”

The remaining explanations for count two through 16 can be viewed in the images below.

The investigation was going well until Juvenile Detective Jenna Petrella interviewed the survivor and turned the narrative from gathering information about what transpired between Alex and his underage victim to blame.

The following text is from the interview that Detective Petrella conducts with MommaBears, daughter on December 16th, 2015. You will notice how that language is different from this interview compared to all previous and future interviews.

“[redacted] stated under oath she willingly engaged in a sexual relationship with Alex Pelzer.”

“She initiated contact with Alex Pelzer online. She saw some of his YOUTUBE videos where he was singing and playing the guitar. She then began following him on Twitter. He followed her back.”

Yes, the survivor followed Alex Pelzer on YouTube and Twitter because she liked his music, and maybe thought he was cute, but that doesn’t excuse the detective of creating a false perception.

I am not going to include the full text because of the graphic detail that the detective goes into, but you can read the remaining text in the images below the video. I am going to include excerpts of the interview to give you a better idea of the twisted nature of Detective Petrella victim blaming through what appears to be the detective’s interpretation and not an accurate accounting of the survivor’s statements.

She planned a trip to Washington D.C. She used her own money to purchase pre-paid gift cards.

She found an application through the App Store that allowed her to “jailbreak” her phone.

It was her idea to change the location on her phone.

She willingly participated in the submissive/dominant relationship.

The description of how grooming is carried out is explained in the video below.

Detective Petrella leaves out the details where Alex groomed and subsequently brainwashed his underage survivor and taught her the techniques to evade her parents. The detective goes on to detail the sexual activities between the survivor and Alex in astonishing detail. I began wondering why such explicit details were required for the fourth combined interview between MommaBear and the survivor. A total of 20 officers knew about this case, yet Detective Petrella was the only officer to disparage the survivor.

Detective Petrella’s motives become clear toward the end of the interview – she had an agenda. Based on the comments by Mark Ober during the 2016 election, the agenda was to marginalize the survivor’s experience and paint her as a slut that was “willingly” raped.

Mark Ober stated, “I have a picture of what I call a sex slave, and by no means, do not read between the lines. This young girl… this man has committed a crime, so don’t read between the lines, here. She was with him voluntarily. She flew to see him, and consent is not an issue. …We differ on — I know the facts of the case.”

I didn’t know “willing” statutory rape was a real legal term (it’s not), and an excuse to let a rapist that groomed then manipulated an underage girl walk free with five years of probation.

The name Judd came back on one of the hotel subpoenas, and what’s interesting about Mr. Judd is that he is the consultant through his consulting agency for the Historic Vehicle Association. According to the subpoena, Mr. Judd reserved one of the hotel rooms where Alex Pelzer raped and abused the survivor.

Mr. Judd was named as the Expert Member to the Advisory Council on Historic Preservation by Bill Clinton in 1996 and remained in that position for eight years. Mr. Judd is married to Leslie Gail who was a partner at Bill and Hillary Clinton’s Rose law firm in Arkansas. Leslie Gail was involved in the “mishandling” of paperwork in the Whitewater and Filegate scandals.

NPR.org has a summary of the Whitewater and Filegate controversies.

Allegation: The granddaddy of all Clinton scandals surfaced during Bill Clinton’s bid for the presidency. It centered on financial contributions by Bill and Hillary Clinton into a real estate entity known as Whitewater Development Corporation during his time as an Arkansas, state official. Eventually, the Justice Department and independent counsel launched investigations.

Outcome: Neither Bill nor Hillary Clinton faced prosecution for their involvement in Whitewater. But their public statements about the matter and the handling of documents that went missing and later reappeared came under intense scrutiny. Their partners in the real estate investment were Jim McDougal and his then-wife Susan. Jim McDougal was convicted of fraud charges for making bad loans, and he died of heart disease in a Texas prison. Susan was convicted of fraud in connection with obtaining a $300,000 federally-backed small business loan. She refused to answer grand jury questions in the Whitewater affair and was held in contempt of court, spending 18 months in jail. Bill Clinton pardoned her before he left the White House in early 2001.

Outcome: Two staff members who obtained the files quit their jobs. An independent counsel uncovered no wrongdoing by the Clintons themselves.

In the end, 15 of the 16 charges were dropped against Alex Pelzer and he plead guilty to the unlawful use of a 2-way communication device. His guilty plea got him five years of probation and no contact with minors except for family members.

Even with all of the evidence against Alex Pelzer the State Attorney for Polk County, Brian Haas, said there wasn’t sufficient evidence to prosecute charges one through three, and charges four through 13 were not deemed to have enough evidence to prove “beyond and to the exclusion of every reasonable doubt.”